We’ll let you know the second this becomes investable!

Headphones may start to look like old technology in 2019 when Noveto, a startup based in Israel, showcases its new “focused audio” devices to attendees of the biggest tech show of any year, CES.

Noveto has come up with a technology that can do exactly the same thing as headphones — deliver sound right to your ears without disturbing those around you — except without the headphones themselves. In fact, you wouldn't need to wear any device at all.

Focused audio can come either from a standalone device, which the company is calling Sowlo for now, that looks like a small soundbar or Bluetooth speaker, or from any device that usually makes sound, like a TV, computer monitor, smartphone, or tablet, or even things like a treadmill with Noveto's technology built in.

It emits audio directly to your ears — and it's amazing, quite frankly. During a demo, I was listening to a video clip that I could hear loud and clear, but no one around me could. And I wasn't wearing anything on my head or in my ears.

To follow you around, Noveto uses 3D-tracking technology to see where your ears are, and it delivers audio right to them.

“I need to know the position of your ears in space so I know where to build my sound bubbles,” Shani told Business Insider of the technology. Shani is one of its main engineers, along with his colleague and cofounder, Noam Babayoff. 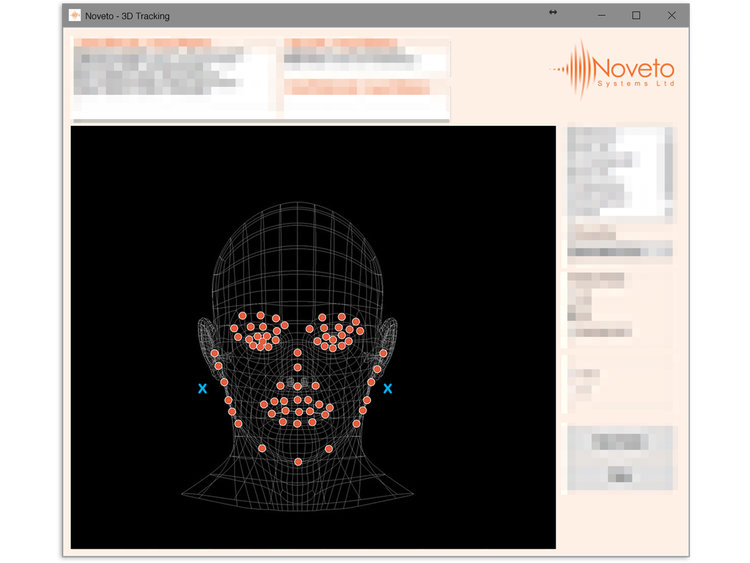 Noveto attracted the attention of Brian Wallace, who was brought on to help bring the product to market.

It's a promising move for Noveto. Wallace, now Noveto's CEO, has spun the marketing wheels at some of the biggest names in the tech industry. You may have heard of some of those names, including BlackBerry, Google, Samsung, the mixed-reality company Magic Leap, the smartphone company Essential, and, most recently, the musician Will.i.am's earphone company, i.am+. At Magic Leap, Wallace helped raise about $1.4 billion.

Noveto expects the devices to be ready and available to buy by fall 2019.

“The tech is real, ready, and everything set to go,” Wallace said.