The company has a goal of becoming a “central hub for biomolecular modelling.” And that could be huge.

Artificial Intelligence — or AI, for short — is one of the primary sectors I’m interested in this year because the profit potential is so high.

We are on the cusp of several key breakthroughs, including deep learning, decision making, and cognitive processing, for example.

Car makers are putting dozens of cameras in their vehicles. Only, they’re not facing outward like most people naively think. Those same car makers are showing off a new generation of inward looking monitors this week at the Consumer Electronics Show in Las Vegas that watch drivers, passengers, and everything going on inside the car.

This isn’t about charting a better path through traffic or getting you to where you’re going faster. These companies are showing off products that can track your conversation, your facial features, your emotions, and more. They can even see what you’re looking at outside the car as you blithely drive on down the road.

Pardon the pun, but you know where this is going.

“Backseat driving” will take on an entirely new meaning.

That means an entirely new generation of people are about to get “tagged” with no consideration for their privacy because one of the primary goals of this new chip is to automatically identify people in every picture posted even if they don’t consent to it!

China’s plans to identify and rank its citizens using a social score that goes up and down based on his or her actions don’t hold a candle to this.

Chances are you’ve never heard of it, but you will – “Gestalt” is a German word meaning overall impression.

DeepGestalt is a facial analytic framework that uses combined computer learning and machine vision to identify more than 215 genetic syndromes. It has a 91% accuracy rate using a phenotype-genotype database trained on 26,000 patient cases.

Clinicians say it’ll pave the way for cheaper, quicker, and more accurate diagnosis, but I can imagine hiring discrimination based on “at risk” facial features, or insurance companies that get one “look” at who you are – literally – and jack your rates or decline coverage all together.

This is very, very scary stuff.

AI related revenues are going to increase from $8.1 billion last year to $105.8 billion by 2025, only six short years from now, according to projections from Tractica. I think those are an order of magnitude low but, what’s another hundred billion dollars between friends?

NVIDIA Corp. (NasdaqGS:NVDA) is a long-time favorite of mine, and it’s exactly the kind of stock you want to buy when the markets head south. It’s been beaten down mercilessly since hitting an all-time high of $292.76 per share back on October 2, and now trades at only $139.83 a share.

The company has a 74% market share in graphic processing units (GPUs), and the chips it makes play a critical role in machine vision. GPUs are like eyes for AI, and you can find them anywhere from mobile phones, to personal computers, to video game consoles.

Intel is another. I’ve held off recommending it for a while because of broader market turmoil, but the new AI chip Intel’s working on could give it a nice shot in the arm once the situation develops. Intel, incidentally already plays a key role in the machine learning market, which will be worth $11.8 billion by 2021, according to Morningstar analysts.

You know what, though, there’s another company out there that could be even better. And, it’s one I promised you late last year that I was looking at but couldn’t tell you about because I hadn’t completed my research.

The company is trading for around $6, which is less than half of where it stood on September 4 – just prior to all of the market mashing volatility that crushed so many investors ahead of the holidays.

The company uses AI to pinpoint prospective immune-oncology disease and neuroscience modifications that makes dosing, treatment, and even treatment-success more promising than ever in those two areas of medicine.

I particularly like the company’s goal of becoming a “central hub for biomolecular modelling” because it fills in a desperately needed simulation library to coordinate knowledge transfer between researchers and industries.

Of course, BioExcel is tiny and entirely speculative, so treat it accordingly. Limit the amount of capital you invest to money you can lose if it fails or if I’m totally wrong. Full story at Total Wealth

The Legalization “Green Wave” – Which Pot Stocks to Consider

Two of the most powerful and connected men in America both say this one tiny technology company could be primed to explode.

Right now, this company's shares are trading for right around $6 each.

And over the next few weeks, they both believe it could be a bigger winner than any other pot stock in the entire stock market put together. 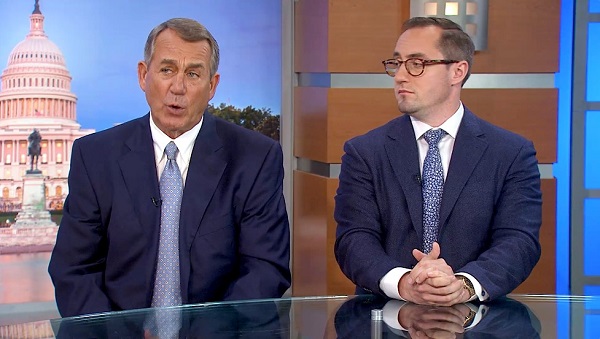 Which is why during the American Cannabis Summit, these two powerful men talked about this company like their lives depended on it.