Due to the increase of personal data online, hacking tools, and loopholes in data security systems, hackers have found new ways to exploit their victims. Here are six top financial scams that you should be aware of in 2019 to keep your money safe.

These scams are often called Nigeria Scams because many of them originated from Nigeria. The scams involve an email from someone overseas offering you a large amount of cash – but before giving you the cash, they want help transferring the cash out of their country.

The financial fraud often starts with a blind email or a message on social media. The scammer gives you a story about large amounts of cash that they’ve inherited. To improve their credibility they might say it’s from a well-known figure in their country… although they can’t access it due to wars and political issues.

In the US, you might also get official-looking emails from the government asking for personal information. Always double check that the emails come from a credible email address and source. Before you provide any of your personal information, look up the source separately online and call them to confirm the email. Some financial scams have mimicked the Secretary of State and Federal Trade Commission.The scammer will then ask for your bank account information. They claim that they need it to transfer the money to you with a promise of a hefty percentage of the funds if you do so. If you share your account details, the scammer might use it to make charges to your account. Alternatively, the thieves may ask you to pay taxes, fees, and charges to unlock their money. However, if you make the first payment, the scammers often keep adding new fees and won’t send you the promised cash.

Lottery financial scams have been around for decades. However, they keep working on unsuspecting victims. The scams often involve the scammer telling the victim that they have won large amounts from a lottery. However, before the winners can get the money, they need to pay a fee. The fees are supposed to cover the insurance costs, courier charges, and government taxes.

The scammers continue to collect new fees from unsuspecting victims without ever sending the money to purported winners. If the victim stops paying, the scammers may send a check with a small part of the winnings to trick the victim into thinking that the whole thing is genuine.

Many cryptocurrencies have hit the financial market in the last two years after Bitcoin’s big success. Some of the new coins hold an initial coin offering (ICO) to support the new cryptocurrency. It’s usually a Bitcoin or cash exchange for a token offered by the financial institution.

This also happens with many fake initial coin offerings. Scammers invite unsuspecting members of the public to invest in non-existing initial coin offerings. It’s only after parting with the cash that the victims learn the ICOs don’t really exist. Unfortunately, due to lack of strong regulations in the crypto financial sector, most investors lose their cash for good.

“Can You Hear Me” financial scams make use of the voice signature technology. Hackers can impersonate a victim and steal their money. Nowadays, you can pay charges with your phone through voice authorization.

You might receive a call from a number that is not in your contacts and the person on the other end asks ‘Can you hear me?’ Since you can hear them, your obvious answer is usually ‘yes.’ The caller then records your voice as you say yes and uses the recorded voice as a signature to authorize payments. According to the Federal Communications Commission, there have been over 12,000 reported cases between 2017 and 2018. To keep safe, if you get a call from unknown persons, let them leave a message on voice mail or avoid uttering a word until they state what they want from you.

Ransomware limits or blocks your files and data. Hackers target both personal computers and work systems. The hackers then require you to pay to unlock the data.

Victims often get a message from the hackers telling them how to pay to unlock their computers. The hackers often request cryptocurrency payments since they’re hard to track. In the recent past, some of the most common ransomware attacks included WannaCry and Locky.

Another common financial scam is the use of fake vacation listings. According to the Better Business Bureau, con artists post images of properties with offers to book for the next vacation or renting. However, these properties either do not exist or are not available for rent.

New global and local financial scams continue to rock different parts of the world. And 2019 could be a big year for scammers. Be on the lookout for the six financial scams above and watch out for new ones. Moreover, avoid sharing your financial data with unacquainted parties.

It’s good practice to scan all links and attachments for viruses before opening them. Finally, ensure that you back up all your data just in case it gets lost in an attack.

Financial scams can destroy your savings and ruin your retirement. You’ve worked hard for your money, and most people don’t want to work their entire life. To see if you’re on track for retirement, check out our free tool: Retirement Calculator

National security leaders agree: “Cyberwarfare is the greatest threat facing the United States.” In fact, 12 new people are hacked each second … that’s more than a million each day.

But according to Jeff Yastine, there’s hope!

“A tiny Massachusetts-based company may have a way to thwart these vicious attacks once and for all,” Yastine says in a new video presentation. “It all comes down to a simple line of computer code.”

This code acts as a vault for people’s information. Think of it like a 20-digit passcode that changes every second.

And this company – now publicly traded – is looking for investors.

In his video, Yastine reveals how you can take a stake with as little as $50. Doing so will not only aid in the fight against “the No. 1 threat facing our nation,” it could also make you a fortune (think in the millions).

This company has already set up accounts with some of America’s biggest corporations and is raking in $216 million annually (up 500% in the last four years).

To see all the details, watch the video below. (If it doesn’t play right away, Click here.) 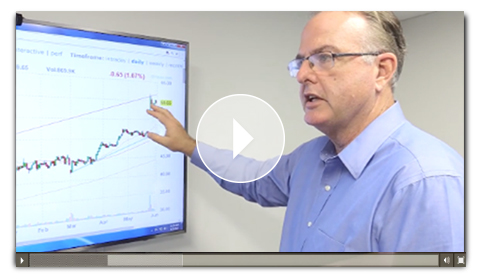