There’s no shame in locking in gains after the LONGEST bull market in HISTORY at a time when asset prices are near their all-time highs.

At the Sun Valley investment conference in mid-1999, Warren Buffett made a rare prediction about the stock market.

And Buffett saw countless companies going public, attracting billions of dollars of investor capital, despite being UNPROFITABLE and having NO business plan to EVER make money, ever.

This made absolutely no sense to him, and Buffett warned that the technology bubble was about to pop.

In normal times, every investor in the world would have listened to him.

But those weren’t normal times. People thought he was just a bitter old man who had missed the tech boom with no understanding of the “new economy”.

So Buffett was largely ignored.

Of course, only a few months later, the market peaked… and then fell 78%.

Investors realized that there was no ‘new economy’, and that they had thrown their money into a bottomless pit of expensive, popular, lossmaking investments.

They say history doesn’t repeat, but it certainly rhymes. And today things are looking a lot like 1999.

It seems every month there’s another high-flying ‘tech’ company going public– a company with no profit and no plans to make a profit.

Uber is a great example– the company went public last week on the heels of an SEC filing that it may NEVER achieve profitability.

Another completely goofy example is WeWork– a business that leases office space.

There’s nothing technologically advanced this business, yet investors seem to treat WeWork like it’s the second coming of Google.

WeWork has burned through billions of dollars of investors’ capital, and it owns almost NOTHING.

But somehow it’s still worth $20 billion.

Lyft, Pinterest, Tesla, Snapchat– NONE of these businesses generates a profit.

(And Snapchat is down more than 60% since its IPO two years ago).

Even the much beloved Netflix burns through billions of dollars of investor capital in its efforts to produce great original content.

If you’re a fan of Narcos and Stranger Things, you can thank Netflix bondholders– they’re footing the bill for all those shows, subsidizing your entertainment at their expense.

And the company’s financial condition deteriorates each year.

Netflix ended 2018 with a cash burn nearly FOUR TIMES WORSE, and a debt level nearly FIVE TIMES WORSE than in 2015.

And competition from titans like Amazon, Disney and AT&T (which now owns HBO) is really heating up.

Then one day the owners knock on your door and ask if you’d like to buy Netflix… for $150 BILLION.

(Let’s assume you had an extra $150 billion lying around.)

Would anyone in his/her right mind buy Netflix at that price?

Why buy a company facing so much competition, so many losses… that you’d have to keep dumping money into year after year?

Even if you managed to turn the company around to the point where it was earning $10 billion per year (making it one of the most profitable companies in the world), your annual return on investment would be less than 7%.

So you’d be taking on a LOT of risk for a fairly limited upside.

Of course, Netflix isn’t a private company; it’s listed on a major stock exchange and one of the most popular investments on the planet.

But the analysis shouldn’t change one bit.

When you buy a single share of a business on the stock market, you have to imagine you’re buying ALL the shares…

… and ask yourself whether you’d really want to buy the ENTIRE company at that price, and whether the potential reward is worth the risk.

Don’t get me wrong– I’m a big fan of some of Netflix’s shows.

So I sincerely hope that legions of investors keep them in business by continuing to buy the stock and the company’s ever-expanding debt.

But I suspect that in the next economic downturn, funding will dry up. It always does.

In times of recession, panics, and bear markets, cash becomes a scarce commodity. Few people are willing to invest in ANYTHING. And a lot of these money-losing companies will starve to death as a result.

This is essentially the same as Buffett’s warning 20 years ago: loss-making businesses will fail. Not exactly a bold prediction.

Now, Buffett would be the first to acknowledge that no one knows when this might happen; this sort of insanity can continue for a long time.

But if you’re heavily invested in the stock market and dependent on that money for say – your retirement – you should seriously consider taking some money off the table.

There’s no shame in locking in gains after the LONGEST bull market in HISTORY at a time when asset prices are near their all-time highs.

And, at least for now, there’s a great way to achieve extraordinary tax benefit on those gains by rolling them into an Opportunity Zone Fund.

We’ve talked about this a few times before (and will continue to do so– it’s important.)

But the basic idea is that you can move capital gains into a fund that invests in underdeveloped areas across the United States.

It can even be a fund that you set up– it’s neither expensive nor complicated to do so.

(Premium members: we’ll soon be sending you a special report on how exactly to do this, step-by-step).

The benefit is that you’ll not only defer any taxes on those gains for several years, but any additional gains you make on your fund’s investments will be tax free FOREVER.

I don’t think this tax incentive is going to last.

The Bolsheviks are coming, and they hate this program… so I’d expect we could see this canceled as soon as 2021.

Alexandria Ocasio-Cortez, Bernie Sanders, and Elizabeth Warren would love to kill this immediately.

So definitely give this idea strong consideration– there’s very little downside in locking in big gains and even bigger tax benefits. And the chance to do so is right now.

And to continue learning how to ensure you thrive no matter what happens next in the world, I encourage you to download our free Perfect Plan B Guide. Full story at Sovereign Man

I wasn’t sure if I should share this with you.
The following message about President Trump will be disturbing to some audience.
Viewer discretion is advised! 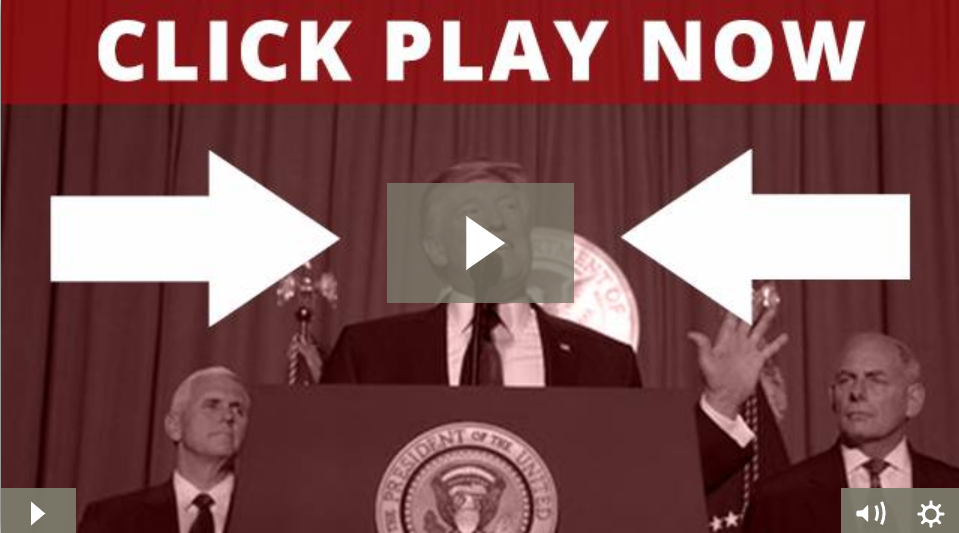