Infrastructure spending is back in vogue, and we’ve got a chance to grab a piece of it tax-free.

That would be through municipal bonds, investments most people see as sleepy (though I have no idea why) but are poised to roll as President Biden’s $2-trillion infrastructure package (or some version of it) becomes law. That’s because the law will usher in an explosion of new “muni” bonds—and there are select actively managed closed-end funds (CEFs) ready to pick up the best ones.

By buying them now, we can nicely front run this muni-bond wave.

Tax Savings Can Boost Your Payout 20% (or More)

The best part of buying muni bonds (which are issued by states, cities and some non-profit entities, like hospitals, to fund infrastructure) is that the income they generate is 100% tax-free. This boosts the yield these funds offer considerably, especially if you’re in a higher tax bracket. 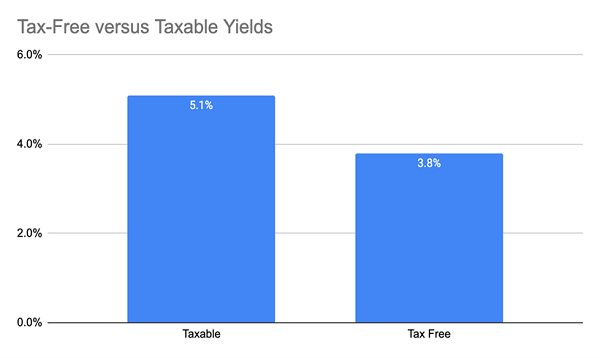 For instance, a municipal-bond yield of 3.8% may not sound like a lot (although in today’s market, 3.8% is still generous, since it’s over twice what you’d get from the S&P 500), but it’s the same as getting a 5.1% yield from dividend stocks if you earn $100,000 per year, thanks to their tax-free status. Plus, municipal bonds are less volatile than almost all other assets, making them a great wealth protector, in addition to an income generator.

This is why muni bonds are popular among high-income earners, and that popularity has caused some out-of-whack demand for some muni-bond funds. Take, for instance, the PIMCO California Municipal Income Fund (PCQ), a muni-bond CEF with a long history and a steady dividend that yields 4.4%. This one is so popular that investors are willing to pay $1.26 for every dollar of municipal bonds it holds!

PCQ Buyers Line Up to Overpay 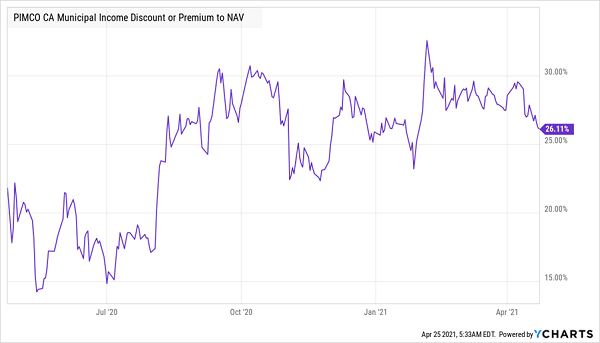 The good news is that there are still bargains to be had in muni-fund land, and we can find them by going a bit beyond popular choices like PCQ. Here are three worth your attention now.

The BlackRock California Municipal Income Trust (BFZ) is an ideal way to get a 3.6% tax-free yield and capital gains over the long haul, thanks to its 9.7% discount and the fact that it focuses on California muni bonds. Since Californians have one of the highest tax burdens in the country, a lot of them look for funds like BFZ. (And yes, you can still get tax-free income from BFZ if you don’t live in California.)

BFZ’s discount will likely draw in more income-seekers, likely including some PCQ holders shifting from the pricey PIMCO fund to the cheaper BlackRock one as a way of arbitraging this mispricing. That should add to the fund’s upside.

And if you’re worried an exodus from the highly taxed Golden State will hurt the value of California’s bonds, don’t be. Just 135,600 people left California in 2020, on a total population of 39.5 million. There are millions of Californians who can benefit from the tax-advantaged nature of California municipal bonds, leaving a big pool of buyers within the state itself for BFZ.

Muni-Bond CEF #2: A Focus on Safety at a Bargain